​What is Meditation And Why is it Beneficial Today? 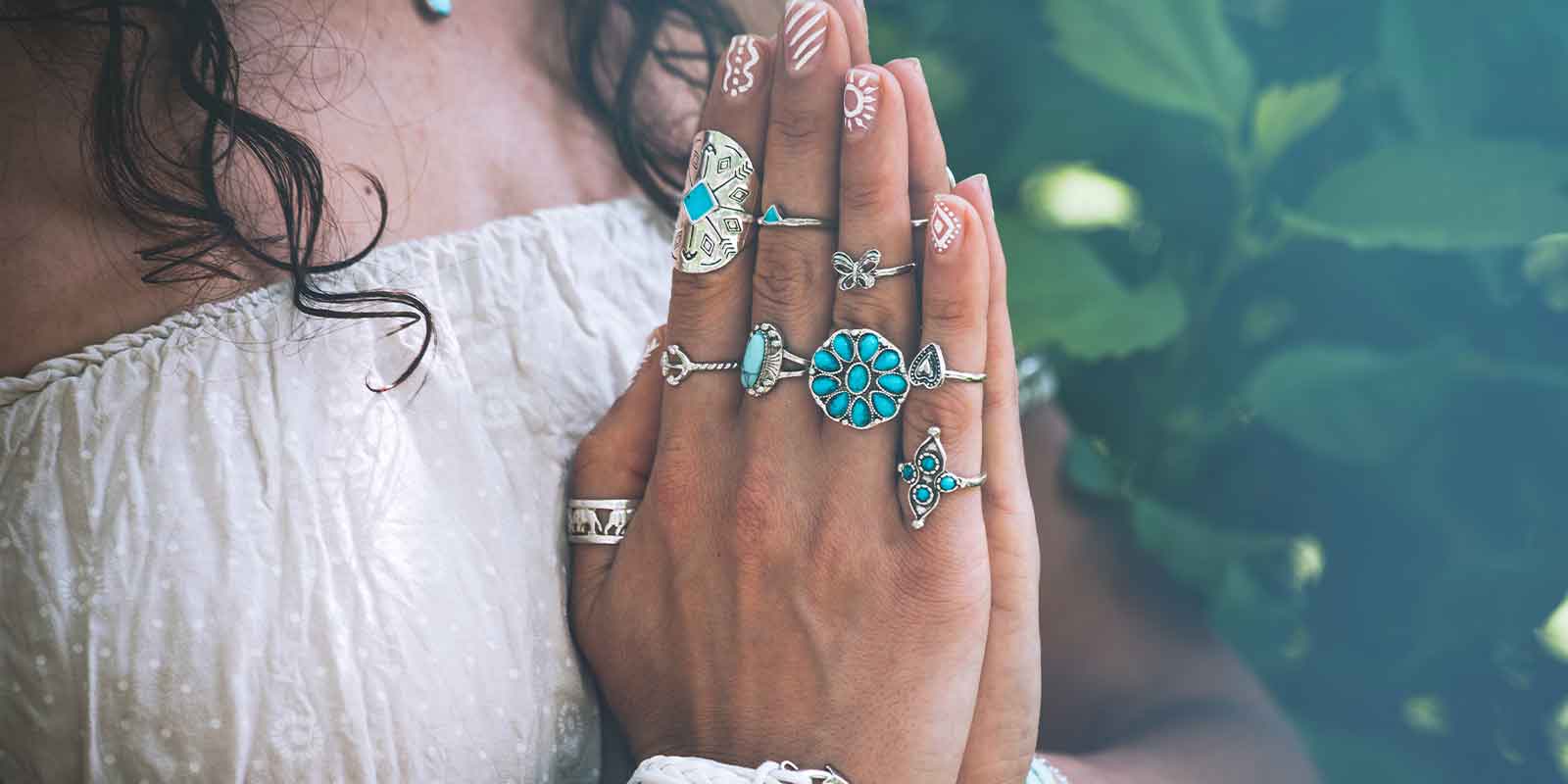 What comes to mind when you think of meditation? Probably something along the lines of a person sitting cross-legged on a pillow with their eyes closed, hands placed in an intentional position, and perhaps making the sound of OM. You wouldn’t be wrong, but meditation is a profound practice that goes beyond the common image we see on social media nowadays.

Meditation has roots that go way back. Some scholars believe it’s as old as humanity itself, while others document the practice back to the first set of meditation techniques originating in India over 4,000 years ago, as documented in the oldest Hindu texts. What can be concluded is that it’s an ancient practice that has made its way all the way in to 2020 and doesn’t seem to be going anywhere, anytime soon. Let’s take a look at some reasons why that might be. 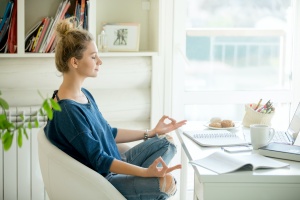 Most commonly today in modern Western society, meditation is the term used to describe the technique of training your mind to be calm, similar to how you go to the gym to train your body to be strong and flexible. Meditation refers to a practice that brings the practitioner into a state of consciousness, connectedness, and profound awareness. Usually attained by sitting still, focusing on breathing, and clearing of erroneous thoughts. It is often described as the journey into stillness, silence, and space. Meditation teaches us to look within ourselves, which ultimately deepens the connection we have to ourselves, and the entirety of life and existence.

In meditation, the mind is relaxed and still. One known example is to think of a mind that’s engaging in the outside world, processing stimuli, thoughts, and emotions, as similar to a turbulent ocean where it’s difficult to hear or see anything due to the commotion. Compare this to an inwardly focused, silent, and still mind, as similar to a crystal clear, calm sea. One in which you can peacefully see the ecosystems both beneath, above, and between the water and its surroundings. Here we can visualize the difference of a meditative mind versus one that’s actively engaging in thoughts and the external world.

Why Is Meditation Relevant In Our Modern World?

Political tension, changing natural environments, wars, debt, high rent, deadlines, office politics, fires, and deadly viruses. The majority of people have felt stress in some area of modern life, many of whom a significant amount. It’s no secret that modern life while wonderful and exciting, can also be extremely stressful. A lot has changed in the just the past 100 years, and it will continue to. The modern world is often fast-paced with screens full of information always available at our fingertips. Again, while this has its benefits, it can also become emotionally draining, sometimes to the point of mental or physical illness. While meditation isn’t meant to replace professional help, it has proven to be an incredibly powerful aide to remain balanced and clear in a world full of chaos and distractions. One could argue that perhaps it’s more vital today than it was over 3,000 years ago.

Time spent in silence and stillness, connecting to one’s own inner experience is often pushed further down on the To-Do list in the life of a busy, modern person. As the old Zen saying goes, “You should sit in meditation for 20 minutes a day, unless you’re too busy; then you should sit for an hour.” While not everyone has a full hour to practice meditation, starting small with a realistic goal is beneficial. A three or five-minute meditation can increase a state of calm and peace amidst a world that never sleeps.

Try it out for yourself, set a timer every morning, or every night before bed for three to five minutes. Sit with a tall spine on a folded blanket, close your eyes, slow down your breath. Let your thoughts float by, become an observer of yourself. Have patience with yourself as this takes practice. You also might be surprised where you can fit in a longer meditation practice in your day with some strategic maneuvering. Such as only watching one episode of a show instead of three, meal prep to save time cooking dinner, or get your kids involved in the practice with you. Clarity, peace, and awareness are available to all of us with practice, and patience. 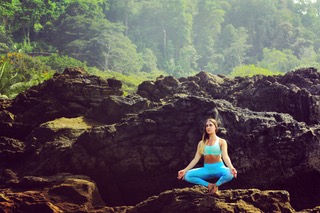 With 6+ years of yoga experience, Christine Fronterotta is passionate about sharing the gifts of mindfulness and wellness. Her ample teaching experiences include her years in yoga studio management, teaching abroad in Costa Rica, yoga for schools, company yoga, and much more. She is a certified Reiki Master, Sound Healer, and fuses these techniques in her teaching and healing sessions. Additionally she is a Yoga Educator with well over 1,000 hours of yoga instruction, and has certified many students to become instructors. Currently, she teaches yoga for companies, privately, in studios, and for special events. Christine writes regularly for YogaRenew Teacher Training. She is passionate about offering a healing and teaching yoga to others.