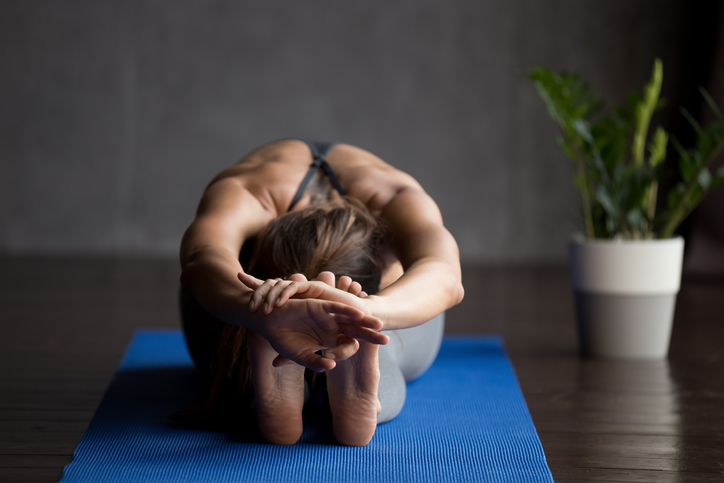 When I started practicing yin yoga and immediately fell in love with it. After years of practicing and teaching strong vinyasa sequences that pushed my body to new limits, yin yoga offered a new challenge – sitting with myself and learning to find peace in discomfort. I learned through yin yoga a new found appreciation for stillness and a slower paced practice. Not long after starting my yin yoga practice did I decide to do my Yin Yoga Teacher Training, as I knew this was a practice I wanted to share with my students. I recently completed my Level II Yin Yoga Training and I feel it now the perfect time to share some yin yoga insights.

Yin Yoga was founded by Paulie Zink, who came from a background of martial arts and Taoist yoga. In the 70s, Zink introduced his students of martial arts into Yin Yoga, as he believed the flexibility drawn from it complimented martial arts practice. It was then further popularized by Paul Grilley, who added in his knowledge of anatomy into the practice, and later by Sarah Powers, who helped to bring today’s version of yin yoga mainstream.

Yin yoga is rooted in Taoist philosophy from the Yin-Yang symbol which represents the feminine side. Yin poses are more calm and longer held postures that reach deeper muscle tissues. Yang poses on the other hand, are considered to be warmer, more energetic postures, and held for shorter periods of time.

Yin yoga is a slower paced yoga practice with typically only seated or supine poses focusing on deep stretches.The practice is more meditative in nature, with poses being held usually 1-2 minutes, but sometimes over 5 minutes in a single posture. Yin yoga is different from Vinyasa yoga in that you don’t flow from pose to pose. Most of the poses are done seated or lying on your back or stomach. It is also unlike restorative yoga because the body should be feeling the tension and compression of the pose, rather than a deep relaxation. We use the breath in yin yoga to help sustain the poses when they become uncomfortable. It’s the uncomfortable moments and sensations that help the body release built up tension and also create lasting change.

Yin yoga offers a special benefit to tense bodies, due to its direct lengthening and releasing effect. Yin yoga allows us to access the deeper tissues in the body such as the connective tissue and fascia. Many of the postures focus on areas that include a joint (ex. hips, sacrum, spine, and shoulders). Due to natural aging as well as day-to-day activities such as a sitting for a prolonged period of time time, poor posture, and repeated strain – we can lose our flexibility. Yin yoga is done without any warm up, so you are stretching your body in its natural state, which creates lasting benefits.

The ancient Chinese concept of yin and yang relates to the idea that within two opposing forces, there is balance. Certain styles of exercise can be classified as either yin or yang according to their qualities. Yang style workouts like running, sports, or vinyasa style/heat building yoga, are considered yang because they are active, sweat-inducing, dynamic, and repetitive. The principles of yang relates to masculinity, heat, and movement. Yin is the feminine force and is related to stillness, rest, balance, cooling, and release. Exercises that are based on stretching and relaxation are said to be yin in nature. If yang-style workouts are overused without balance, there is the potential for the body to become overworked, injured, or fatigued. Bringing yin yoga to your exercise routine will balance this with improved flexibility and relaxation.

3. It Balances Your Chi

4. It Builds Fortitude and Perseverance

When life is feeling a bit more difficult than normal, or certain situations are making it hard for me to focus on other areas of my life, I turn to my yin yoga practice to help rebalance my energy. Yin teaches us that staying still and dealing with whatever thoughts or feelings come up will actually help you grow. Learning to take each moment as it comes – one breath at a time, one thought at a time – will help you become more proficient in managing the discomforts that come up in life. As we hold each pose, it gets harder to ignore the ‘monkey’ mind and we sometimes have the desire to want to leave the pose. Yin teaches us to find a place of comfort in a not-so-comfortable place and observe our thoughts and reactions from a place of calmness.

It is believed in yoga philosophy that we tend to hold old emotional issues in our bodies – including our muscles and tissues. By focusing on long holds and releases in yin yoga, we find that blockages to emotional issues that we have, slowly begin to break down. By slowing down, it brings us into the present moment and quiets the mind – allowing a space for great personal positive transformation. Next time you are feeling stuck on something, get on your mat and indulge in some long deep yin stretches for release.

Yang style yoga classes such as Vinyasa Flow and Power Yoga can give us energy and boost our moods. However, Yin style yoga classes offer us a different benefit for when we need more calm and grounding in our lives. Yin yoga can lower our stress and anxiety levels because of its slower and more meditative pace. These classes are usually quieter which leave room for inner contemplation and meditation.

Yin yoga is safe for people of all ages and physical abilities. It’s a great addition to your current yoga practice or workout, and is easily adaptable to those with injuries or limitations. With a towel and just two yoga blocks, you can even practice your favorite yin poses at home.

Make sure to let your teacher know if you are pregnant, have a new or old injury, or are feeling any sharp, shooting pains while in the pose. There are always modifications available to make each pose better suited for your body and specific needs. 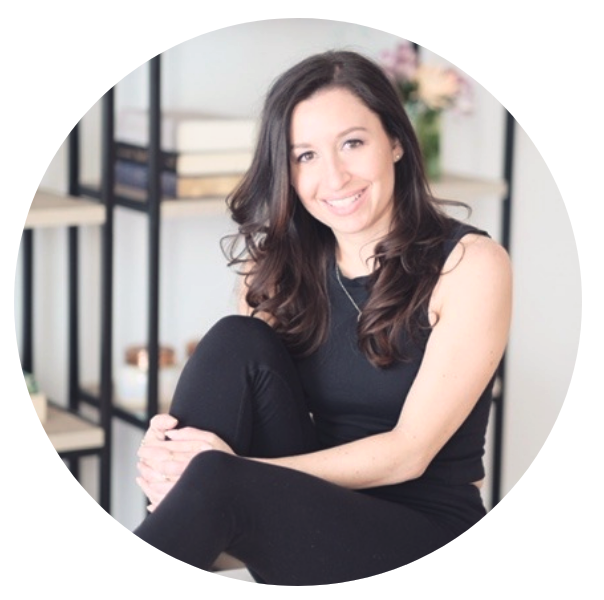 Morgan Gertler received her 200HR RYT certification in 2014 from highly esteemed Kripalu teachers and then continued her learning in 2017 by completing her 300HR RYT certification with teachers from Yogamaya and the Iyengar Institute in NYC. Morgan also completed her Yin Level 1 & 2 trainings and loves being able to teach both sides, the yin & yang, of the yoga practice. Morgan views yoga as a vehicle to get back to yourself – through movement and breath-work, we learn how to live a more authentically happy & content life and meet all situations with confidence. When not teaching or practicing yoga, Morgan can be found writing, walking around town with her two dogs, Jagger and Bowie or browsing Sephora for more make up she doesn’t need.

We use cookies on our website to give you the most relevant experience by remembering your preferences and repeat visits. By clicking “Accept All”, you consent to the use of ALL the cookies.
Cookie SettingsAccept All
Manage consent