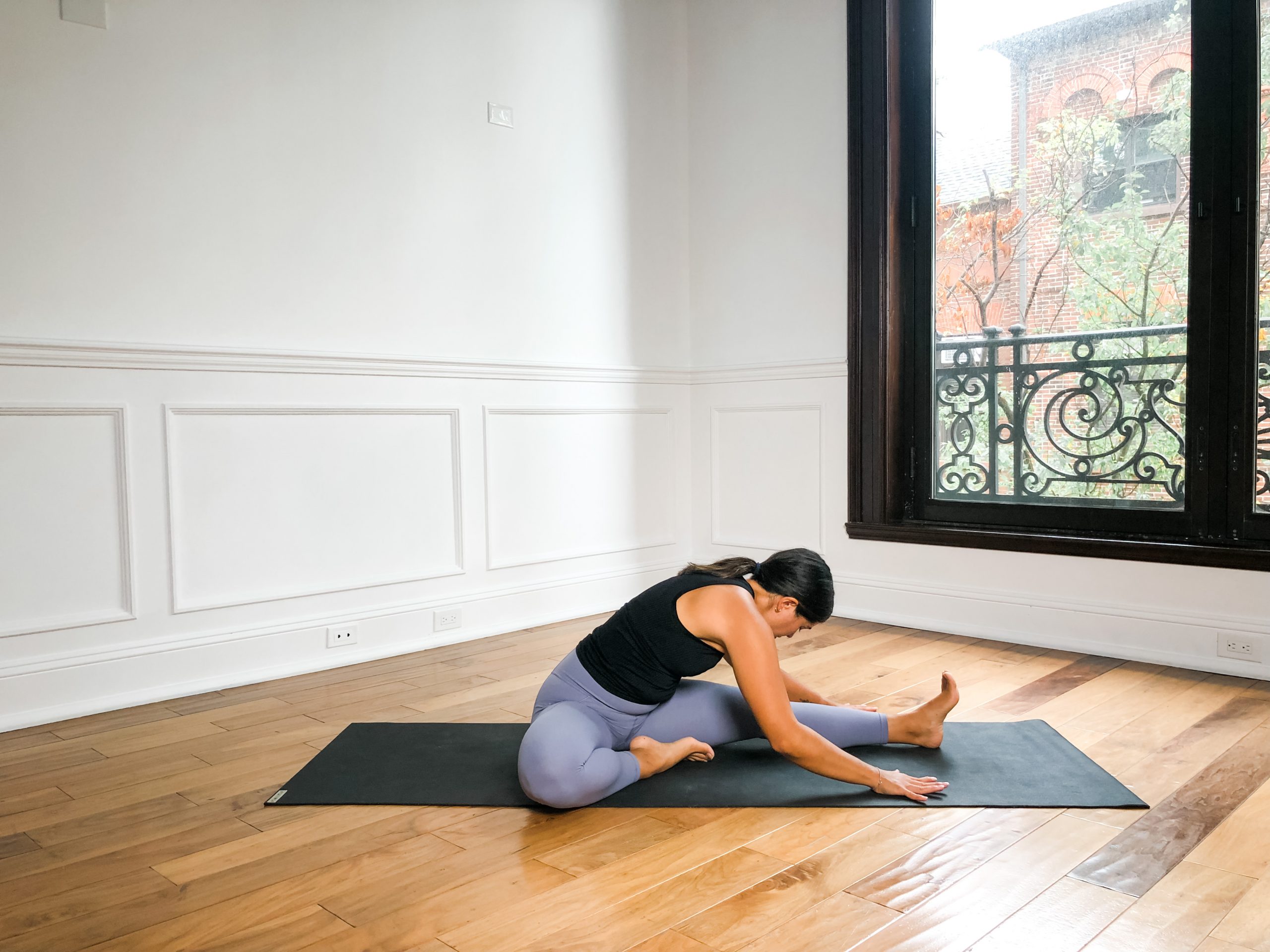 When I hear the word “renewal” I think of new beginnings, starting fresh, or opening a new chapter. I think of bringing something to life again…reviving what was once old into something new and fresh. The season which might come to mind is springtime when the flowers bloom, temps become warmer, and things seem to brighten as compared to the cooler and darker winter months.

However, here we find ourselves approaching winter as this post is being written discussing renewal. Upon thinking about this further, it actually makes perfect sense that renewal be discussed now as opposed to a few months down the road.

Like most things in life, the seasons run through a cycle. Spring becomes summer which becomes fall and then winter before back to spring again. Humans are actually intended to run though cycles with the seasonal changes. Winter calls for us to hunker down, reflect on what’s been done throughout the year, rest and prepare for our eventual emerging from the darkness so that we can effectively show up rested and renewed.

Springtime might be when we show up but the work to adequately do so is done prior to our arrival. During these darker days when seasonal depression may be present for some, perhaps we can look at this time as necessary preparation for our eventual renewed sense of self.

Janu Sirsana being a forward folding posture felt appropriate for the theme of renewal. It calls for an understanding of the legs and pelvis as we fold into ourselves. It’s also the perfect setup for Parivrtta Janu Sirsasana or the revolved, and more open variation of this pose. Think winter going into spring… 🙂 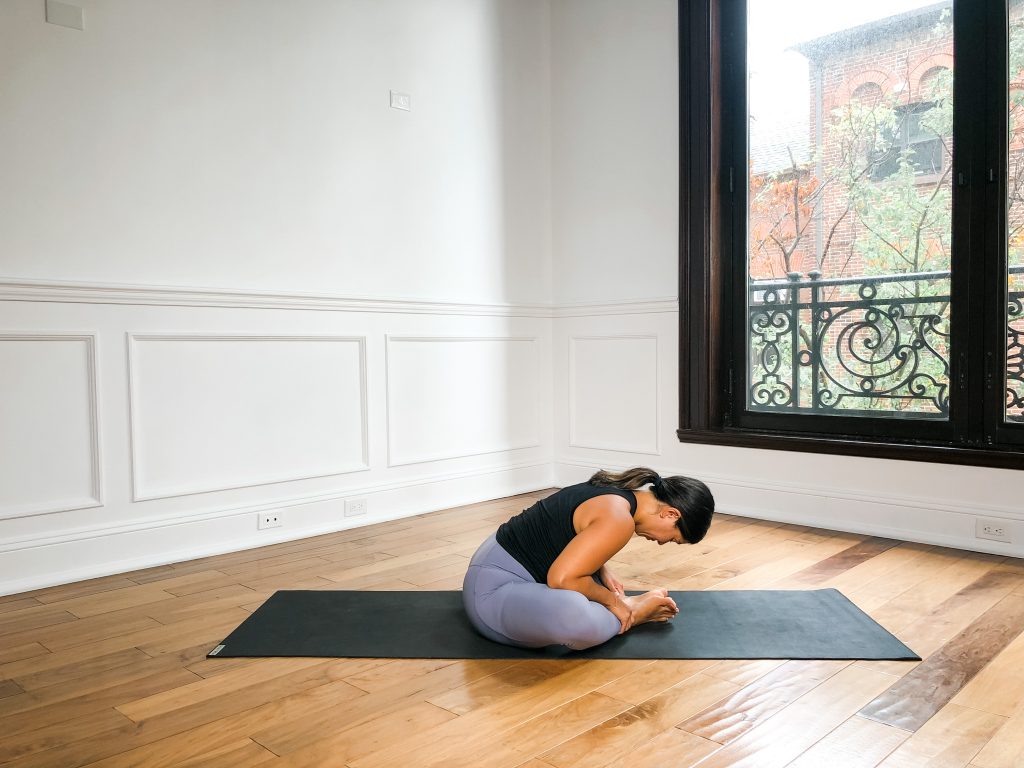 Baddha Konasana is a relatively simple way to get students into an externally rotated position of the legs at the hips and offers a widening of the groin. 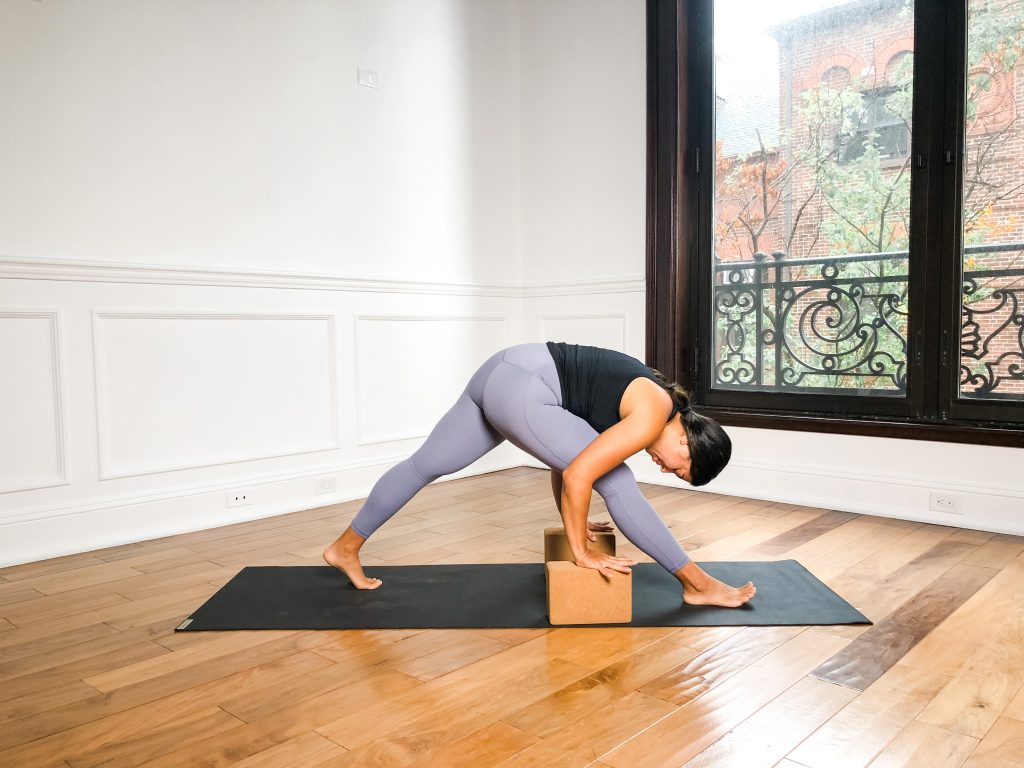 Pyramid is a forward folding pose and allows the practitioner to focus on straightening the legs. This is necessary for our peak pose as in Janu Sirsasana one leg is folded and one is straightened.