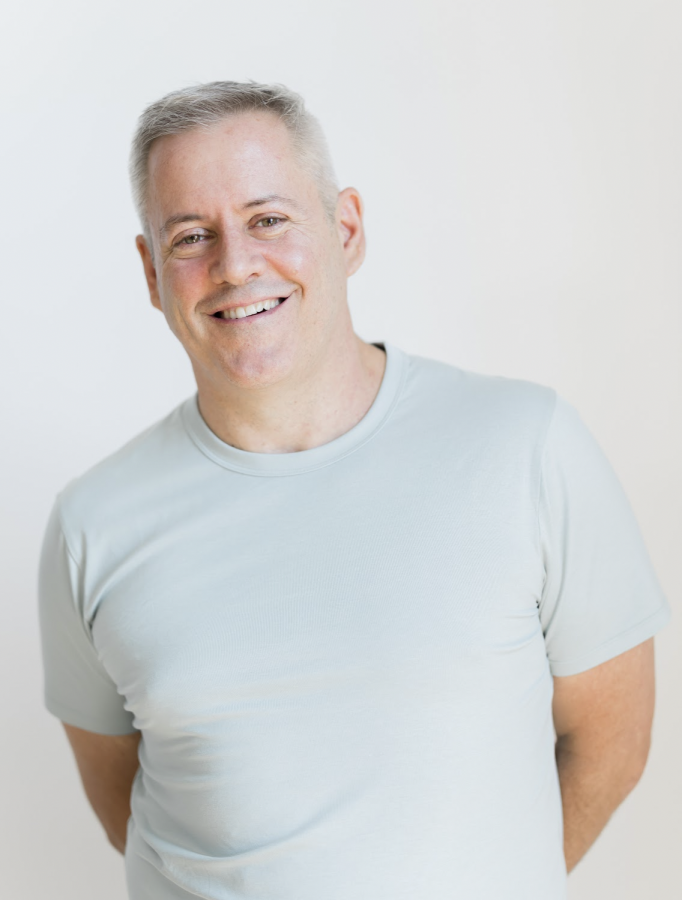 You never really know what you’re getting into when you ask someone about their life when they make a statement that powerful (something saving their life). For me, I knew the outline (more or less) of Trevor’s life, but never in the capacity in which he was able to explain it.

Trevor Vaughan, Founder and CEO of HudsonSeed and the Director of the Children’s Yoga Online Teacher Training program at YogaRenew, has lived nine lives… truly. His journey towards becoming a certified yoga instructor is a heavy one, and his path now, an enlightened one. The knowledge he learned along the way is usually only accumulated by that of someone at least 20 years older than him. But that didn’t make the wisdom any less inspiring.

Here is the story of how yoga, quite literally, saved his life…

Trevor knew from an early age that he would want to go fast and push his luck far. Ever since he can remember, he’s always felt like somewhat of an outcast and was never really able to pinpoint what made him feel so different. He lived a perfectly normal life with two, loving Irish-American parents growing up in Queens. It just so happened he ended up with a natural affinity for booze that would eventually lead him down a path so muddy, you almost wouldn’t believe it.

Feeling like an outsider for most of his life, forced this inclination for Trevor to become something…and that something was to be a distinctive person in a room full of other humans. This longing to be accepted in social settings and his eagerness to try things (knowing he longed for a deeper jolt in life going beyond basketball at the local park or riding bikes with the neighborhood kids), pushed Trevor to make his way to one of the most fast-paced, substance abusing, free-for-all environments there is: Wall Street.

Having never really succeeded in a college setting because of his relationship with booze, despite being wicked intelligent and intellectually capable beyond his physical years, he was more interested in running an internship that eventually led him to a lengthy battle with screaming and shouting on the trading floor. This led to long nights out, battling the demons he eventually had no control over.

“For some reason, I never felt safe, or that cool or good enough…like everyone else was in on it but I wasn’t in on it…the second I had that cocktail, then I felt like I was it,” he said.

Trevor explained to me that he later learned the feeling of warmth and connection he so desperately sought was that same exact feeling you search for in yoga.

“Bliss and annihilation are kindred spirits, you know…”

As he tells me all about his journey finding his way into interning with someone on Wall Street. With his college grades suffering, he knew he had to take another route, and he decided jumping straight into work could be something better for him.

During his first few weeks, as soon as he enters the trading floor, he sees the papers flying around, numbers everywhere, and feels the high-energy of everything around him, he immediately feels a sense of being home.

Things were jelling for a while — money came easy, Trevor was able to juggle the precarious balance of his chaotic existence. Until eventually, he started getting anxiety while drinking and the drinking didn’t alleviate the anxiety…and then he found himself suffering. 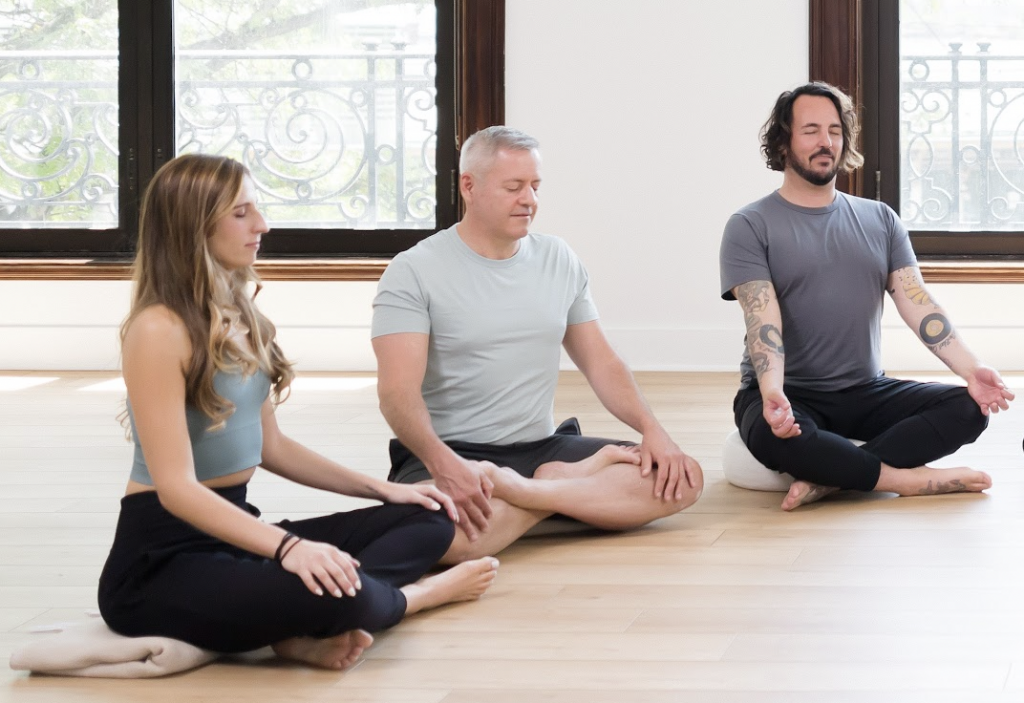 First, let me paint the picture – 39 years old, taking pills in the morning to help him get through the day, after work drinking and all the other accouterments – this was Trevor’s reality…even worse, this was his life.

He starts losing a tremendous amount of weight and starts getting really sick. One day, he gets pulled off the trading floor on a stretcher (this would go on to happen more than once). He ended up spending a couple months in the ICU.

“We don’t have a time machine and now I get to experience karma,” Trevor says, as he speaks of the complete rebirth he had.

He eventually gets out of the hospital, and starts his recovery journey. Trevor starts getting real involved in service. The steps in yoga, he says, are very much tied together to what he experienced in recovery.

It was November of 2013, Trevor was still working on Wall Street, his body in immense pain, on fifteen medications a day. A friend in recovery suggested yoga.

Trevor immediately rejected the idea that his macho, money-making, party-starting, fast-paced lifestyle would do well in a yoga setting… even if his booze-riddled and arthritis-prone body would be able to handle it. He remembers thinking to himself, “You want me, a Wall Street dude, to go in and do yoga?”

But… he tried it anyway.

When Trevor first arrived at the studio, he had to walk up two flights of stairs and could barely do it. Suffering from Rheumatoid arthritis, being severely scared of people, only sharing intimate interactions with his dog (who also remains by his side to this day), Poochie, he tried his hardest to go through with taking the class.

He had to borrow a mat, he was wearing socks, thinking everyone in the room was staring at him.

And then she spoke.

“Everyone stand in Mountain Pose… and breathe,” the teacher led the class with.

There’s a song called Everyday in its Right Place, by Radiohead, that Trevor said he’s “tripped so hard to this song,” coincidentally was playing during that first class. The breathing. The movement. The song. He started crying and thought to himself, “I do believe in the universe.”

In recovery, turning it over to a higher power, resonated in Trevor’s head as he flowed through class.

“THIS WAS MEANT TO BE,” he thought.

He got into his Downward Dog. This was meant to be. He breathed in, he breathed out, it was very difficult, but he was able to get into the flow state until eventually he felt “locked into flow.”

“In Savasana I decided, this is what I’m going to do everyday for the rest of my life.”

Patrick Franco, one of the teachers at Devotion where Trevor first started practicing, eventually ended up leaving and starting his own practice known as Hudson Yoga Project (HYP) where Trevor would take his newly found love, admiration, and lifestyle.

Biological, mental and spiritual anxiety dissipating post sobriety through the power of yoga, he decided he would stay loyal to the practice.

The end…and the beginning

Trevor and dear friend and partner for Children’s Yoga at YogaRenew, Julie Pasqual

Living, breathing, and loving yoga, he would then go on to partner with YogaRenew to create the Children’s Yoga Teacher Training. Trevor couldn’t stress the importance of service enough, and what better way to serve, he feels, than educating and interacting with the youth.

Trevor’s world-renowned program teaches kids yoga and helps yoga instructors become certified in the specific art of leading kids yoga classes. He goes to schools all around New Jersey, signing them on board to instruct and lead yoga classes for kids in different time slots throughout the day. Known as Mister Trevor, the work he does with these children keeps Trevor on a path of peace and service…and he couldn’t imagine his life any other way.

He continues to practice yoga at the YogaRenew headquarters in Hoboken and can also be found frequenting rock concerts of only the raddest of bands with fellow yogis and friends.

The Creative Act: A Way of Being 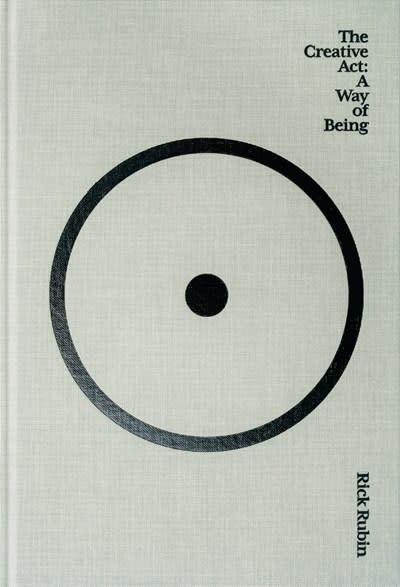 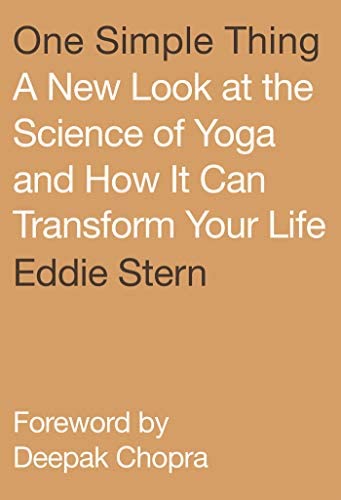