Inside the Mindset of an Olympian (It’s Similar to Yogis) 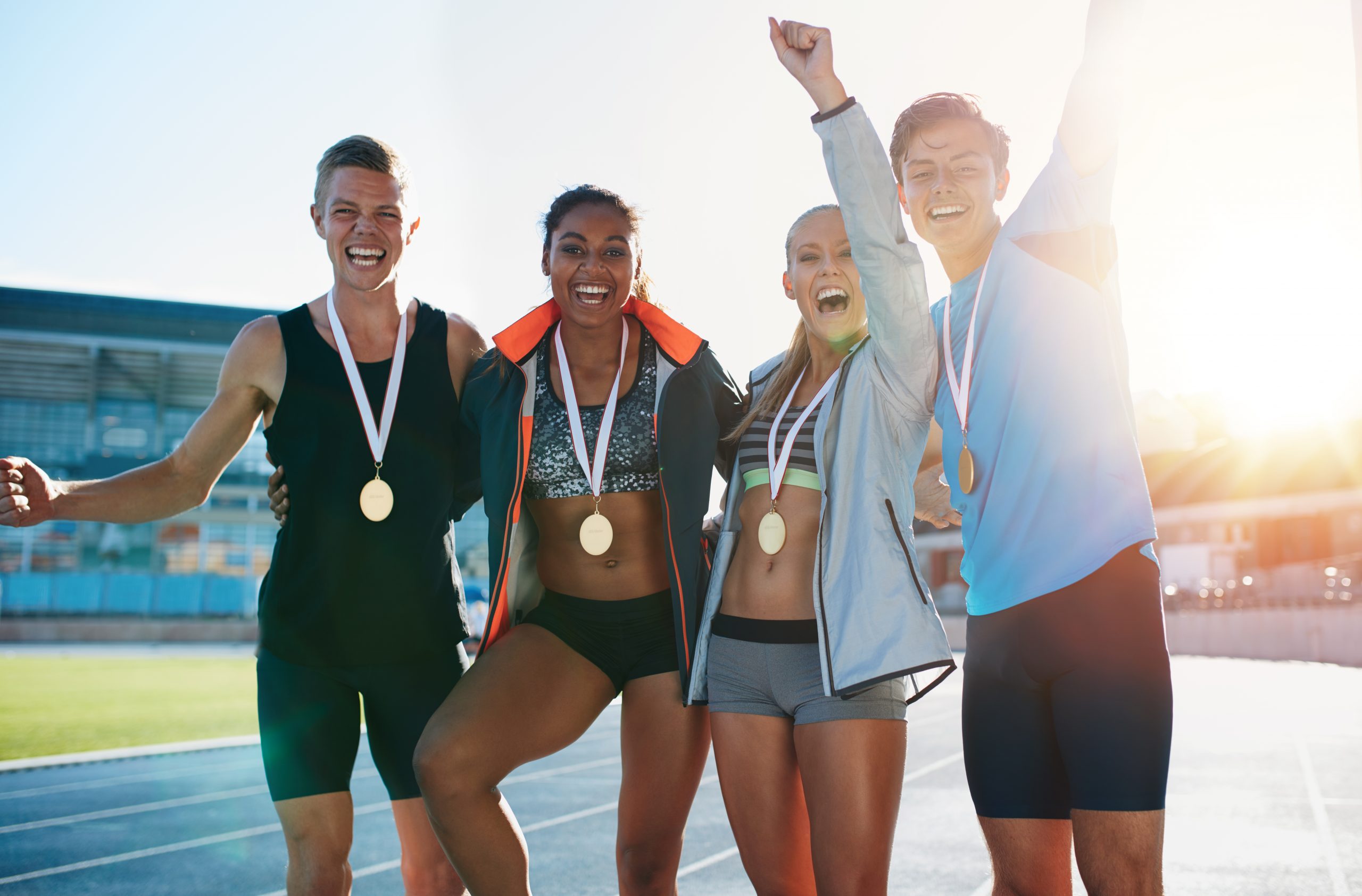 Being an Olympic athlete is one of the most demanding physical challenges that a competitor could endure. The years of training and molding the body to encompass near superpower abilities is an accomplishment that outranks a fraction of the world. Not to mention the mental toll that competing at such a prestigious level can have on a person often at a young age. The bar is raised even higher for an Olympian as they have one opportunity to prove their devotion to the game. A major hurdle compared to an entire season that professional athletes have to perfect their craft. And if you’re a yogi, an entire lifetime. But these extraordinary human beings have one thing in common with the average yogi: they put great emphasis on the mindset. Below is a dissection of the mindset of an Olympian compared to that of a yogi with insight from Dr. Matt Brown, Mental Trainer, and Counsellor at Edge School in Calgary, Canada.

Both can ignore outside influences

When the world locked down nearly 15 months ago at the height of the pandemic, athletes had to develop a new form of training, while also holding their focus and concentration for their sport. “None of them get to live and train in a vacuum,” said Dr. Brown whose responsibility is to guide his athletes through difficult roadblocks, including an unforeseen health crisis. While the rate of athletes dealing with anxiety and depression has increased, Dr. Brown strives to help his athletes understand that their feelings were triggered by an event. “Once you understand that, you know that [your anxiety and depression] is a normal response.”

To cope with these anxious thoughts, Dr. Brown encourages practicing yoga and meditation to alleviate the symptoms. However, he points out that treatment methods vary for each individual depending on their circumstance. “Every person is kind of like their own jigsaw puzzle.” Daily movement practice and yogic breathwork have been proven to reduce anxiety and allow you to focus your attention inward and ignore outside influences. According to Dr. Brown, an athlete’s mindset is very similar. “Most Olympic athletes and prospects get training in a competitive bubble. Most would say that that’s their happy place. They’re not distracted, it’s their quiet place in between.”

They’re trained to focus on the present moment

The differences between the competitive nature of an athlete and the mindfulness that yoga students possess are very distinct. Athletes are used to going head to head with their opponents, testing their limits, while those who practice yoga thrive in the low-intensity, quiet and calming environment that the practice offers. As yoga students, we rely more on the stillness and responses from within to gain our physical and mental strength, rather than the rigorous workouts and drills that Olympians may require in their days. This is why many athletes turn to yoga for a more well-rounded approach to their training. “Yoga has a lot to offer all athletes, especially the lead athletes,” agreed Dr. Brown. “It’s not just about being present, but about acceptance and surrendering.”

In addition to his efforts at the Alberta private school, Dr. Brown also works with the Calgary Flames, their AHL Affiliate (Stockton Heat), the Calgary Hitmen, and has hands-on experience with Olympians, professional athletes, coaches, and other high-stature competitors, so he’s seen the progression of many great sports enthusiasts both within the mind and body. “I’m increasingly of the belief that [athlete’s] focus is as much congenital as it is taught,” admits Dr. Brown. “It is trainable, yes, but the best, they’re just wired that way. Like yoga, [the sport] demands your attention.” Although many athletes’ talents stem from birth, their evolution throughout the game is treated as a journey. Similarly to mastering a challenging yoga pose, there is no shortcut to greatness. This is where the practice of slow movements and meditation benefits players as a tool to remain in the present moment, which is imperative to keep their heads in the game.

“When people think of meditation, they think of the traditional sit on a pillow and say ‘OM.’ Any activity where in essence you’re focusing on a task so you’re freed in the moment, in my mind, counts as meditation.”

They need to be in perfect balance to succeed

Olympians are trained throughout their professional careers how to focus on the task at hand, eliminating the chatter around them, which is often why a stadium full of spectators does not faze their abilities to perform. Those of us who practice yoga comprehend that its purpose is to quiet our anxious thoughts, clearing our minds of all that can hinder our focus. However, unlike on the mat, where we’re deterred from pushing our bodies beyond our day’s limits, for the athlete, it is encouraged. “You need a voice in your head that says that’s not good enough,” explained Dr. Brown, revealing that to succeed, athletes must find that perfect balance between confidence and pressure. “Of all the Olympic athletes that I’ve worked with in the past, I don’t think any of them aren’t self-critical.”

Olympians are indeed their biggest competition. Battling their minds and abilities motivates them to take it up a notch, constantly striving to improve. While yogis have a different method to their practice, we do foster the same beliefs, drawing our attention towards our practice and not that of others. Dr. Brown mentioned this as the main reason more high-level athletes are turning to yoga.

“I try to draw their attention to: ‘can you shut off that critical voice and just allow your body to give what it gives that day?’ If they’re able to do that, that last step can be the very difference between the podium and 12th place.”

The mindset of an Olympian holds similarities to the everyday yogi in various forms. Although athletes are competitive with an overall goal to win, much of their strategy is taken from yogic practices. Just as Olympians can ignore outside influences, remain in the present moment, and find the perfect balance in their thinking, it was the practice of yoga that instilled these teachings all along.